Lily James looked like she was getting into character, as she preps to play Pamela Anderson in the upcoming series ‘Pam & Tommy.’ Check out the pics!

Lily James appears to be getting ready for her next big role! The actress, 32, was spotted out and about in Los Angeles sporting a voluminous, long blonde hair makeover as pre-production gets underway for the forthcoming series Pam & Tommy, in which Lily will play Pamela Anderson. While running errands, Lily appeared cool, calm and collected, sporting double-denim by wearing a pair of blue jeans and an oversized denim shirt overtop a graphic T-shirt. You can see the photos here!

The Mama Mia! Here We Go Again star’s new ‘do was definitely the focal point of her look. Lily’s tresses fell just beneath her shoulders and featured a gorgeous hue of subtle blonde with some of her natural brunette ‘do just beneath and at her roots. Lily, who’s currently filming the mini-series The Pursuit Of Love, looked more than ready to get to work on her next role, and it’s one performance that her longtime fans will surely be interested in seeing.

In mid-December 2020, it was announced that Lily would play former Baywatch star Pamela Anderson in an upcoming Hulu TV series that chronicles her relationship and marriage with Tommy Lee. The eight-episode series will follow Pamela and Tommy Lee’s headline-making romance throughout the ’90s. Some of the episodes will focus on the former couple’s intimate honey moon video being leaked, as well as their whirlwind marriage.

While Lily’s undeniable talent will be used to play Pamela, she has an equally talented co-star taking on the role of Tommy Lee. Lily will be joined by The Falcon & The Winter Soldier star Sebastian Stan. Much like Lily, the 38-year-old actor is also booked and busy. He is currently in pre-production for the film The Brutalist, along with a few other projects on deck before heading to the Pam & Tommy set.

Lily rose to fame on the beloved series Downton Abbey in 2012, before bringing Disney Princess Cinderella to life in the live-action adaptation of the classic fairytale in 2015. More recently, she appeared in Yesterday (2019), Rebecca (2020), and The Dig (2021). We cannot wait to see Lily completely transform into Pamela Anderson when production gets underway. 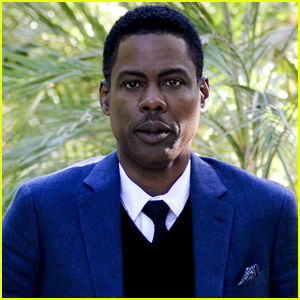 Chris Rock Has Coronavirus: 'Trust Me, You Don't Want This'
12 mins ago

There’s a New, Easier Way to Get Funding for Your E-commerce Business
13 mins ago