The new Bronco is almost here. Ford pledges that everything is on track for the reborn SUV to reach dealerships come summertime. It will be a thoroughly capable off-roader in factory trim when it arrives, but an inventory of over 200 official accessories will add even more bark to the Bronco’s bite.

Ford’s kept the nature of these accessories a loosely guarded secret, but that veil now has upwards of 80 holes in it. A forum member at Bronco6G named FFRMach recently posted some official-looking documents claiming to reveal approximately one-third of the Bronco accessories catalog. We can’t confirm the information at this point but it looks pretty legitimate. It’s reportedly part of a dealership communication, and some of the accessories are listed with prices.

What do the documents show? Among other things, just about every combination of roof rack you can imagine will be available. Ford turns to Yakima to make that happen, with everything from basic racks to those supporting bicycles, kayaks, cargo platforms, fishing poles, and more found in the catalog. Similarly, Ford has plenty of kit for overlanders, not the least of which being coolers and camping gear. On that front, we’ve already had glimpses of a Bronco outfitted for overland adventures at the recent Easter Safari event in Moab.

What about accessories that offer a bit more substance? Tube doors for two-door and four-door Broncos are listed along with pricing, and they aren’t cheap. Provided the information is accurate, expect to pay $1,350 for a five-door set, with three-door sets costing $840. Skid plates are available for $695, rock rails are offered for $595, and for those seeking some factory-backed performance upgrades, an EcoBoost Calibration kit with an air filter and ECU tuner is offered. Pricing is still being sussed out on that, however. 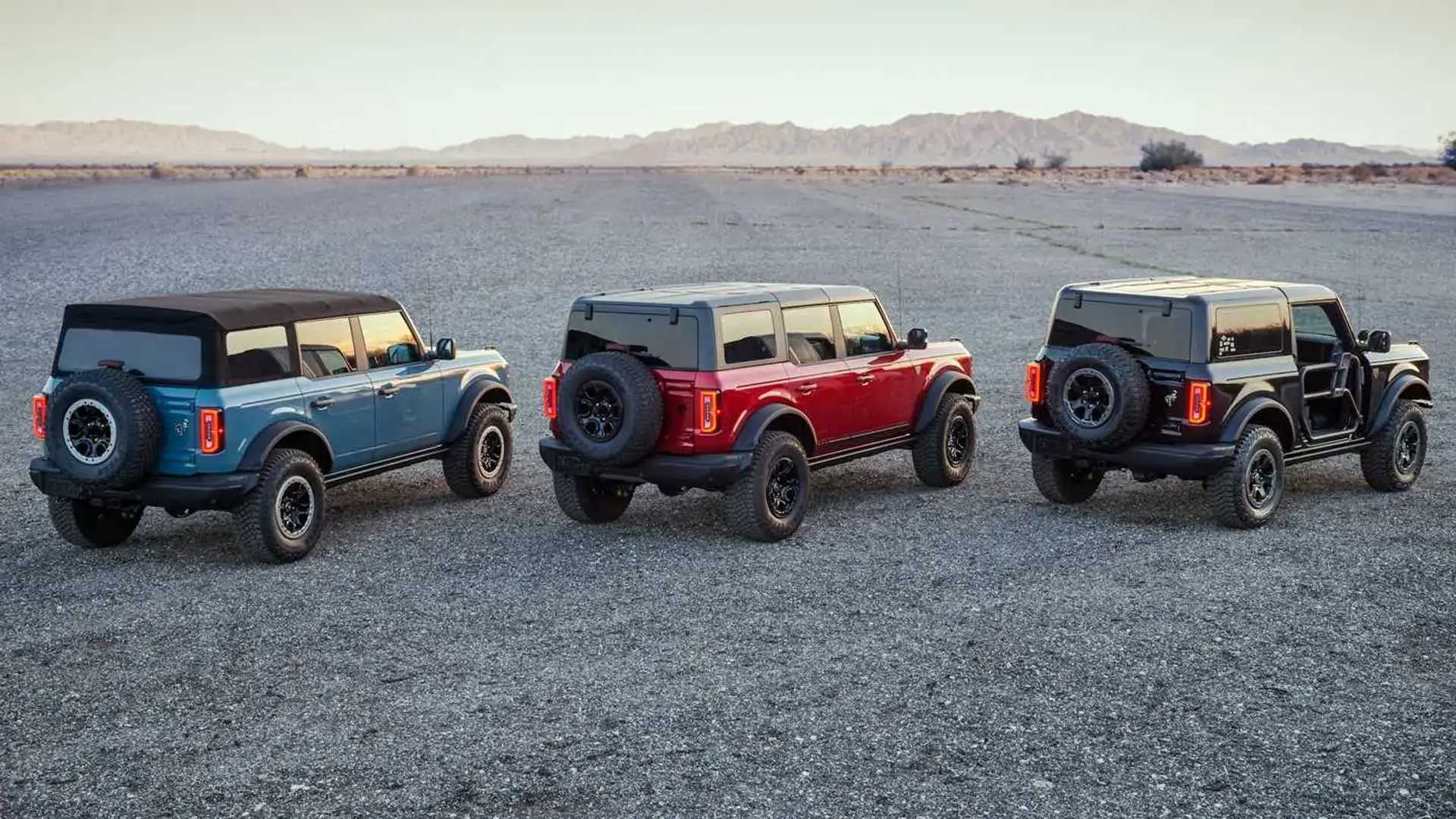 There’s no question Ford is going all-in on attacking the Jeep Wrangler. Blue Oval exects are also keenly aware that off-roaders love to customize their rigs, and if we’re honest, we like what we see so far for the Bronco. It’s safe to say information for the rest of the accessories shouldn’t be far behind.