While the Ford Fiesta is no longer part of the Blue Oval’s American lineup, it remains available in Europe. These spy shots catch the little hatchback’s upcoming refresh under development.

The engineers keep the tiny car under lots of camouflage, including covering the rear window. The most significant changes appear to be at the front where there is an extra layer of plastic covering. Still, it’s evident that there tweaks to the grille and revised headlights.

The alterations to the rest of the body aren’t as big. Our spies mention see tweaks to the lower bumper, but the changes are subtle. The taillight styling looks the same, but the inner edges are covered.

While not visible here, the updated Fiesta reportedly has small changes to the cabin. The infotainment features might get an upgrade, and there could be different upholstery. 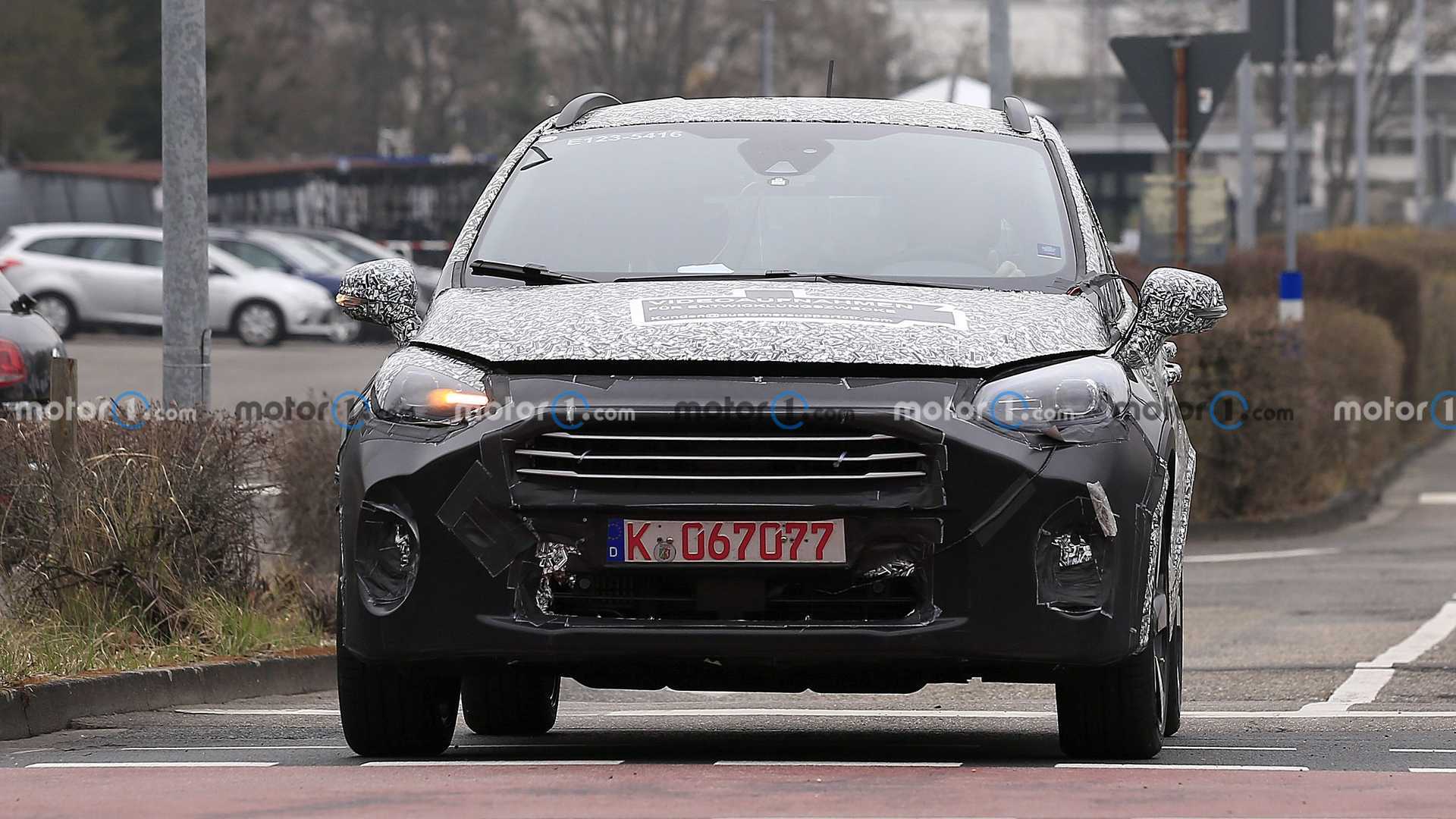 Powertrain changes don’t seem very likely. In 2020, Ford introduced a mild-hybrid version of the 1.0-liter EcoBoost engine. It uses a 48-volt system and an integrated belt-driven starter-generator to harvest braking energy and aid the ICE when setting off.

At the same time, Ford introduced a new seven-speed automatic gearbox for the Fiesta with the 123-horsepower (92-kW) version of the 1.0-liter EcoBoost. The automaker reported that this setup was 15 percent more efficient than the outgoing 99-hp (74-kW) 1.0‑liter with a six-speed automatic transmission.

The mechanical updates for the Fiesta last year also included adding adaptive cruise control and an improved version of the Sync 3 infotainment system.

While there’s no indication that Ford plans to bring the Fiesta back to the US, there’s a chance that its mechanical sibling, the Puma, might have a chance of entering the market. Ford CEO Jim Farley tweeted: “Wish this came to NA [North America] and other markets!,” regarding a video of the sporty Puma ST. If anyone can make that happen, he’s the person. The sporty version of the crossover has a 1.5-liter three-cylinder that produces 197 hp (146 kW) and 214 pound-feet (290 Newton-meters) or 236 lb-ft (320 Nm) with overboost.