Joe Jonas‘ name is trending on Twitter with thousands and thousands of tweets with his name linking him to Taylor Swift‘s brand new song that she wrote in 2008, “Mr. Perfectly Fine.”

If you don’t know, Taylor is getting ready to release Fearless (Taylor’s Version) this week and has some unreleased “From the Vault” songs on the album. “Mr. Perfectly Fine” was released today as a surprise and fans think the 2008 track is about Joe Jonas.

Joe‘s wife, Sophie Turner, also reacted to Taylor‘s new song. If you don’t know, Taylor and Joe dated over a decade ago and she actually revealed a regret about their relationship.

Click inside to see fan reactions to the lyrics, plus see what Sophie Turner said…

See what Sophie Turner wrote about Taylor‘s new song, which many believe is about her husband! 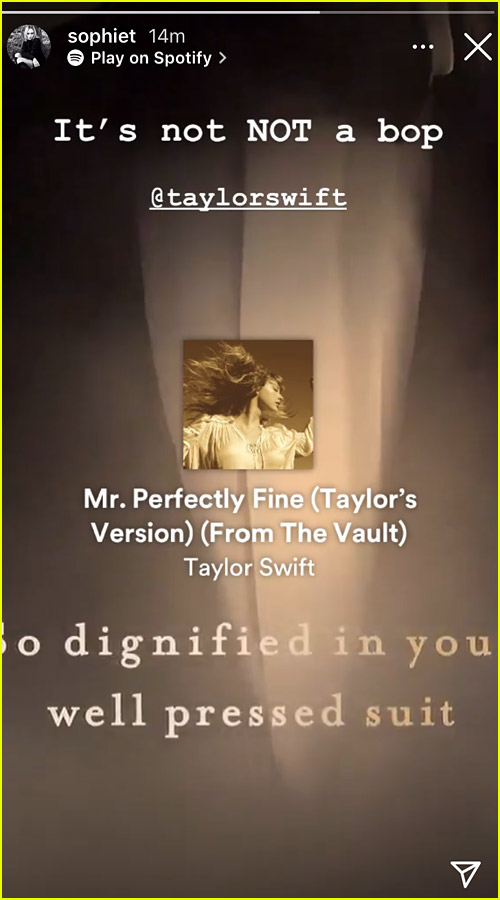 Okay Mr Perfectly Fine is so savage?? I can’t stop laughing at the way she obliterated Joe Jonas. She is a comedian. Poor guy couldn’t have seen this coming

not joe jonas trending already…. jake gyllenhaal and john mayer there is still time to go into hiding and never come back again